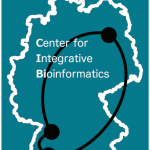 We are happy to announce the new release of SeqAn 2.0.0.

We have many new features and applications for you and improved many parts in sense of usability, performance and stability.

For example, we have improved the usability and the performance of the I/O-modules. Now BAM-I/O supports parallel read and write operations. We improved automatic read/write operations for compressed file formats, like gzip, bzip2, etc..

We improved the performance of several data structures like the FMIndex, which runs now up to 4 times faster than the old version.

We extended the library with new features like the X-drop extensions for alignments allowing affine gap costs. We added a new realignment module as well as a translation module to translate amino acid alphabet into DNA alphabet.

We implemented many new apps like ANISE and BASIL for insert assembly, Fiona for read error correction, Yara, an enhanced read aligner replacing Masai, and many many more.

With SeqAn 2.0.0 we moved the complete sources to GitHub, which enhances the development cycle in a great way. We improved our build system and added Continous Integration builds with Travis CI. We also updated and improved the API documentation (docs.seqan.de) and switched the tutorials to seqan.readthedocs.org.

You can download the new release and the updated apps from www.seqan.de in the downloads section. You can get the complete sources of the SeqAn 2.0.0 from https://github/seqan/seqan as well.

and start developing and having fun with SeqAn 2.0.0.